VIRTUAL PROGRAM: How To Publish Your Book -- Advice For Aspiring Authors (Panel Discussion) 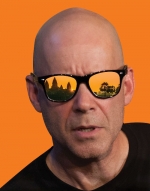 For writers and those interested in the publishing process, three authors from the New England Indie Authors Collective will discuss their experiences publishing their work. This panel discussion covers a range of topics, including agents, small presses, and self-publishing. The presenters have published in a range of genres, including historical fiction, tech thrillers, and romantic comedy.

About The Panelists: The New England Indie Authors Collective is a diverse group of local writers and playwrights whose work has been published by independent presses. Members include Jenny Pivor, Jason Rubin, and Randy Ross. Jenny Pivor is both an artist and a writer. Her kaleidoscope of creative careers includes teaching art, clothing design, web design, and even owning a self-publishing company. She is the author of two novels, "OMG" and "The Closing," as well as the non-fiction picture book, "Boston Dogs." Learn more about Jenny HERE. Jason M. Rubin has been a professional writer since 1985. His first novel, "The Grave and the Gay," was published in 2012. "Ancient Tales Newly Told," his second volume, combines his latest work of historical fiction, "King of Kings," with a revised version of "The Grave and the Gay." He contributes arts criticism to The Arts Fuse. Learn more about Jason HERE. Randy Ross is a novelist, humorist, and performer. His dark romantic comedy “God Bless Cambodia” was published in 2017. His one-man show, based on the novel, has been featured at theater festivals in the U.S., Canada, and Edinburgh, Scotland. Previously, he was executive editor for PC World magazine. Learn more about Randy HERE.