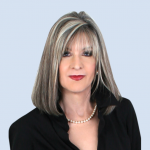 About Hank: Hank Phillippi Ryan is the on-air investigative reporter for Boston's WHDH-TV. She's won 36 EMMYs and dozens more journalism honors. The nationally bestselling author of 11 mysteries, Hank is also an award-winner in her second profession -- with five Agathas, three Anthonys, two Macavitys, the Daphne, and the coveted Mary Higgins Clark Award. She is the only author to have won the Agatha in four different categories: Best First, Best Novel, Best Short Story and Best Non-Fiction. Her novels have been named Library Journal's Best of 2014, 2015 and 2016. Hank is a founder of MWA University and past president of National Sisters in Crime. Learn more about Hank HERE.