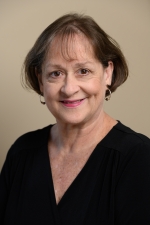 About The Book: This thriller sensitively explores inherited trauma and the stories we tell the ones we love. It’s about what one mother is willing to sacrifice for her children. Lena Blackwell has kept her sons sheltered and close by her side for over two decades, working and living at their successful Maine river lodge. She’s raised them to be kind, hard-working, and caring young men—and she’s determined that they never learn of their true origin story, even though that’s meant erasing every connection she has to her own past. When old friends unexpectedly arrive at the lodge, a series of events is put into motion that Lena is unable to halt, jeopardizing the very relationships she’s lied to protect, forcing her to sacrifice everything, even her life, to protect her sons.

About The Interviewer: John Searles is the author of the bestselling novels Boy Still Missing and Strange But True. John appears regularly as a book critic on NBC's Today Show. He has also appeared on CBS's The Early Show, Live! with Regis & Kelly and CNN to discuss his favorite book selections. He is is the editor-at-large of Cosmopolitan. His essays have been appeared in the New York Times, the Washington Post, the Daily Beast and other national publications. Learn more about Searles HERE.